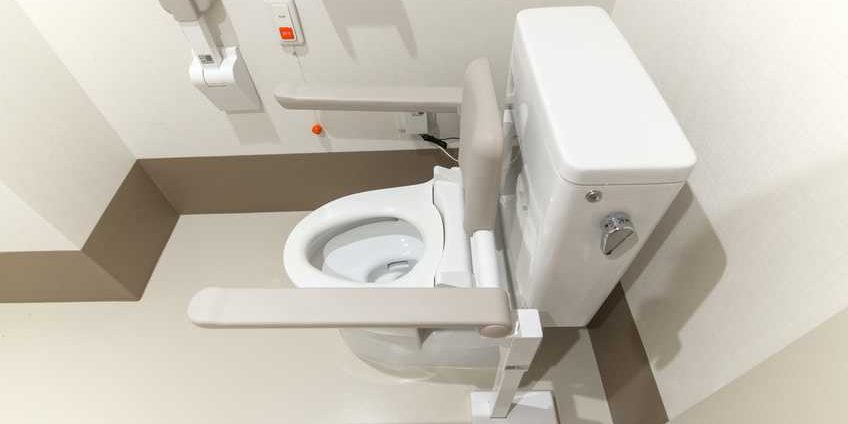 “He’s not getting out of bed?” I repeat, alarmed by the news of my father’s deteriorating health. He’s dying, I think, but don’t say aloud. Within 12 hours I am on a plane to Detroit to say goodbye to my Dad.

Dad’s Parkinson’s had ravaged his body for years. Multiple spinal and knee surgeries did little to reduce his severe, chronic, sciatica pain. Yet his spirit never wavered and his cognitive abilities remained intact to the end.

The minute I see him I know his body is giving out. He asks for help to the bathroom. He shuffles on his walker, breathing shallowly. Each step is slow, painful, and deliberate. I “spot” him for safety, pull down his underwear, and guide him gently to the raised, adaptive toilet seat. Fortunately, he is unashamed of my proximity to his nudity and sounds and odors of what needs doing there and gladly accepts my help. As he sits and waits for nature to take its course (it goes a lot slower as we age), I reflect silently on how his profound sense of humility had long kept him from sharing much about himself.

I knew he worked his entire career as an Industrial Relations Manager at a large Ford trim plant. When he visited my class for sixth-grade career day I learned that his plant produced vinyl and fabric parts of car door panels and stitched together seat covers. When work calls came on the home phone, his voice deepened, from which I surmised work is important. The most stressful time each year was “Negotiations,” when union contracts were hammered out. The reverence with which he uttered the very word told me he took great pride in his role as arbitrator. He never actually said that. He never would. It was clear he loved his job. Beyond that, I knew little of the world that consumed him 60 hours a week. When I tried to ask questions, he became quiet. He was old school. You just don’t talk about yourself. I learned not to ask. Despite knowing less about him than I’d like, he was always kind and funny and I felt we had a loving connection.

Retirement seemed to soften him a bit. He started to say “I love you” more often. Several times he told me he was proud of me. When I asked him what was going on with him, he was his usual reticent self. “There’s not much going on,” he’d say. Later my sister would reveal that he had just had a great day with his two grandchildren at the park.

The origin of this self-disclosure avoidance is a mystery. I have an inkling it was passed down from his father, whom I never met but by all accounts was even more reserved than my Dad. “Bragging makes you less than,” or so the saying goes. But so does being overly reserved. Both will keep you from being close to other people.

During that last visit, however, something shifts. Knowing the end is near, Dad reviews his life. It’s instinct. As though he can’t help himself, while sitting on that toilet, Dad opens up. It turns out he had done a lot more than his eldest son knew. He didn’t manage the negotiations at only one suburban Detroit trim plant. “Being in charge of eight plants around the country, and opening one in Mexico?” my Dad tells me. “That’s quite an accomplishment.”

Stunned by this eleventh hour revelation, all I manage to say is, “Yes, Dad, it is. That’s quite an achievement.” I was surprised by these new facts, and oh-so grateful to finally be told by him personally—and with such an honest sense of personal appreciation. There is little better than having a loved one share a personal accomplishment with you.

Now I can say I’m proud of you, too, Dad, and not just for negotiating contracts for 8,000 workers. I’m proud of you for overcoming a lifelong ban on bragging. You told me who you were and what made you feel good about yourself. I am so glad I got to hear you tell me.

ABOUT THE AUTHOR Tom Glaser is the author of Full Heart Living: Conversations with the Happiest People I Know. A psychologist and life coach, he lives in Minneapolis with his family and beloved mini-labradoodle. When he isn’t teaching Full Heart Living workshops—which explore how to listen and provide dynamic conversation sparks—you’ll find him working on a second book on Trauma and Resilience.