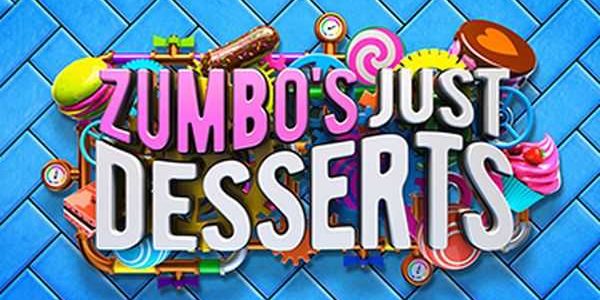 When the going gets rough, how do you stay on track?

Despite my resolve to reduce my TV screen-time, I got sucked into a reality show called Zumbo’s Just Desserts. Zumbo is Australia’s very own Willy Wonka. In the show, 12 amateur bakers compete for a $100,000 prize by baking their own creations, as well as several complicated desserts from Zumbo’s seemingly infinite imagination. Here is one of Zumbo’s assignments: Profiteroles filled with chocolate custard, amber caramel, and almond nougatine topped with red isomalt hearts. Zumbo calls it “Lovenbouche.”

Each week Zumbo ranks the contestants and one gets the boot. It’s hard to watch that part of the show, even though the remaining ones give the leaving baker big hugs. After 11 episodes, two remaining contestants compete for the final prize. Zumbo asks them to create a truly challenging dessert that I have never heard of. Flour and sugar fly. Sweat drips off brows. Fingers shake. We have all been there, undertaking an important, nerve-rackingly hard task. Pressure mounts. And then, to the surprise of the two contestants, in walk their families. When one of the bakers, Kate, spots her two grade-school children, she bursts into tears and gives them a huge bear hug. That’s when I start crying.

In that moment, I feel I’m part of a great moment of connection. Helping people to connect more deeply with themselves and one another is at the core of all of my work. To top it off, here is Kate, saying what she most wants for her children is for them him to develop resilience, another theme in my book, Full Heart Living: Conversations with the Happiest People I Know.

My respect for reality television rises exponentially. Clearly, I wasn’t giving the contestants enough credit. Now I see they personified resilience throughout the 12 episodes. Perhaps that is why we are drawn to such contests. The participants are everyday, ordinary people, like you and me. Their day jobs are as accountants, stay-at-home moms, insurance brokers. One is a nightclub bouncer. Here they are, putting what unites them–their baking passion and skills–on display while they undertake grueling challenges on international television. All the while, they face potential failure and rejection at every turn. You have to have great resilience to compete on that level.

I sure got my just dessert. And it was delicious.

For more on resilience, see Chapter 10 in Full Heart Living.

ABOUT THE AUTHOR Tom Glaser is the author of Full Heart Living: Conversations with the Happiest People I Know. A psychologist and life coach, he lives in Minneapolis with his husband and son. When he isn’t teaching Full Heart Living workshops, you’ll find him working on his second book, on the role of resilience following trauma.